At the beginning of March, a day after opening to the public, Chawton House welcomed the return of Professor Peter Sabor from McGill University, Canada. He provided a fascinating evening talk on the new Godmersham Park virtual library that showcases the books that Jane Austen would have had access to when she visited her brother Edward. 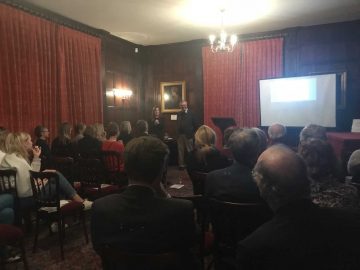 Jane visited Edward on six occasions over fifteen months (1798-1813) and stayed a total of ten months. The library there was one she knew well: “I am now alone in the Library, Mistress of all I survey” she writes in September 2013 from Godmersham Park. The virtual recreation of this library is freely available to anyone to explore the collection, and, in his talk, Peter Sabor elaborated on the work undertaken over the past three years to bring this project together. 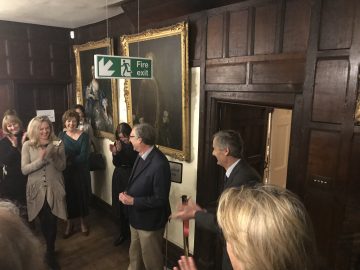 After the talk, the new exhibition ‘Jane Austen’s Reading’ was officially opened by Peter and the Lord Lieutenant of Hampshire. The exhibition contains a selection of books that appear in the virtual library, including one we know for certain Jane Austen read. Other books could have possibly inspired scenes in her novels. 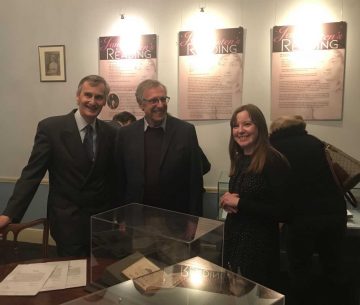 The exhibition also includes authors from our women writers collection including Frances Burney and Charlotte Lennox, and emphasises the range and depth of Jane Austen’s reading. The exhibition is included in the house price and runs until 16th December.